Ah, the thrill of having the Olympics in a foreign, exotic locale - a new take on the Opening Ceremonies, seeing the country's dictator for life, I mean, um, president, creepily kiss a 15 year old girl, 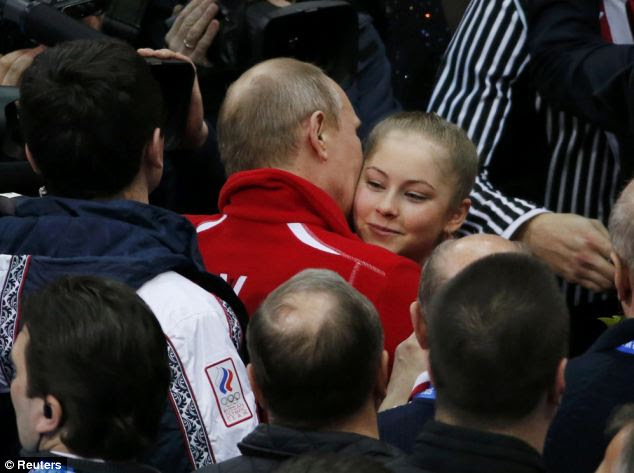 wondering how many skiers are going to break their necks on melting snow (prompting Sally Jenkins to suggest the logo should be a stretcher)...Ah, Olympics held in different places from America are awesome...

Except for the time delay. Which is the most common complaint about the Olympics. Because it leads to people finding out results before THEY wanted to find out results. Witness Ms. Moyer's comment in the following: "Thanks to The Post for ruining my evening ritual."

Cry me a river lady. Go to another website for your weather. Bookmark WaPo's weather site. Go to the VDOT site for traffic or download Waze for your phone.

News is by its very definition "new." In French, it is "les nouvelles." It does not mean 12 hours old because you've DVR'ed it and you don't want to know because it will ruin your enjoyment of the sport. Would you like them to stop publishing pictures of dying children in Syria as well because it bothers you while eating breakfast? (Actually, they probably don't publish enough of those.)

In case you've missed the last 20 years since the Internet changed the news industry, newspaper websites need to be up to date otherwise people won't go there! It's called business.

On Saturday morning, my Facebook feed was full of friends talking about the US/Russian hockey results. I couldn't avoid it, but that didn't mean I didn't enjoy watching some of the game later. If you don't want to know Olympic results, DON'T GO ON THE INTERNET. But if the Washington Post ruined your night because you found out about the halfpipe results too early, then your life is way TOO easy.