As I laid awake earlier this morning, I debated whether to go down to the Mall in Columbia. I had viewed the site on Saturday as it was closed to the public while they evacuated hundreds of shoppers & workers from the mall. On this eerie, gray day, the buses they brought to shuttle people were unnervingly bright & cheery. Not what one associates with a seemingly random shooting at a busy mall. 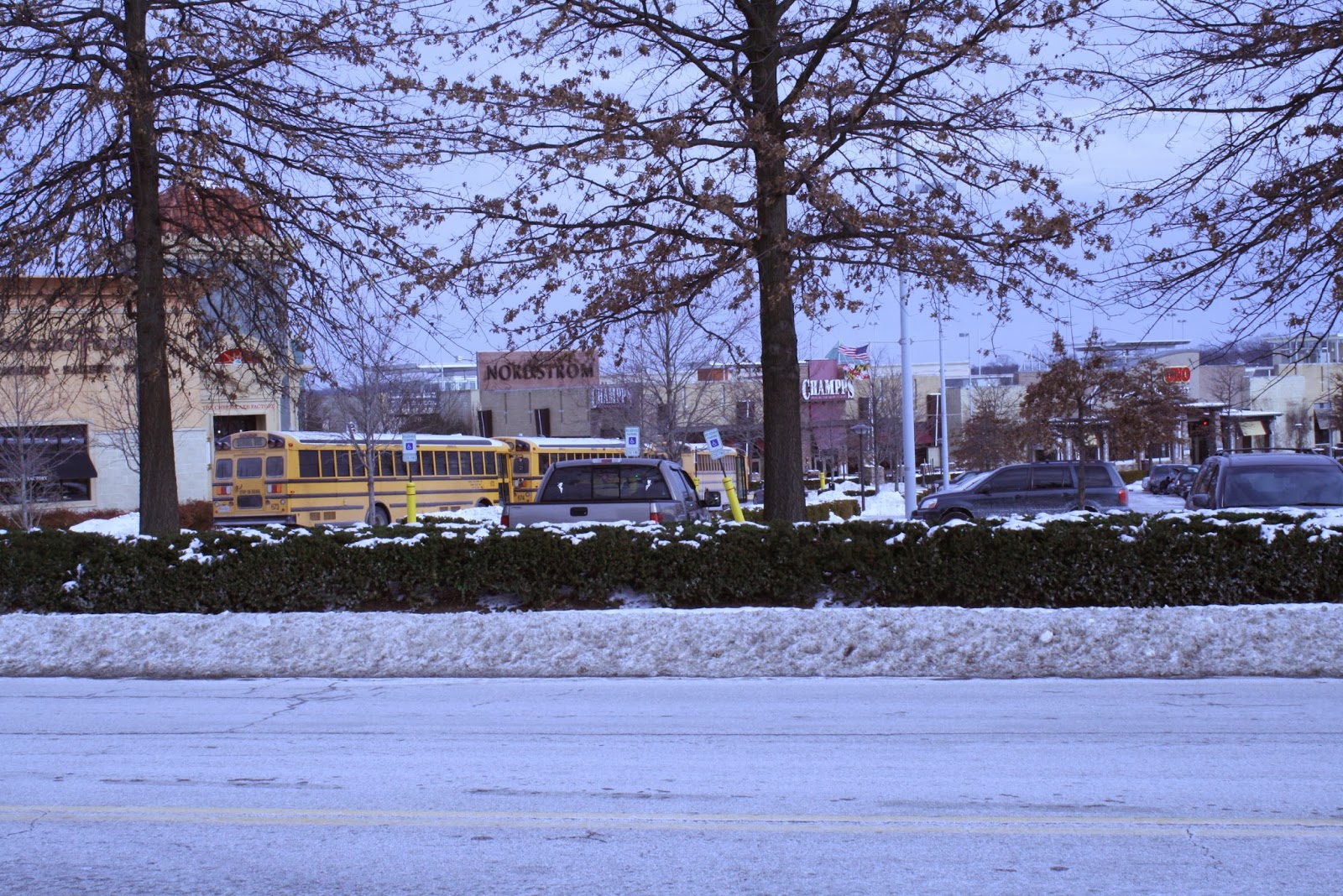 On Saturday when the mall was closed, seemingly random things occurred to me. I need to deposit some checks at the bank there. I really need gloves because this damn polar vortex is returning. My husband had planned to work at his Columbia office both days this weekend and when he went into work on Sunday, I was a little nervous. He said he didn't notice much although when I went to drop something off at his car, the mall security questioned me. There were police cars in front of his building as it was the pick-up spot for items left in the common area. We'd usually pop into Uno for lunch or vulture for bar spots at Cheesecake Factory. I usually drive on the mall loop to come home (it also gives me a chance to get my annoyance fix by honking at drivers who stop at the sign that says "Incoming traffic has right-of-way").  The mall is part of my front yard so to speak as I've noted before.


Today, however, the mall reopened. There were ceremonies to commemorate the victims of this senseless, still unexplained tragedy. I went down there to check it out, but I didn't get out of my car. I deposited my check and returned home. I had a twinge of fear and of schadenfreude & I shouldn't/couldn't be there.

But for me, once I say something (or blog, I guess), it helps me to move on. Now that this catharsis is done, I'm going to visit my friends who work at the mall and support Columbia & Howard County.